"Smoking is Most Illogical" Commander Spock 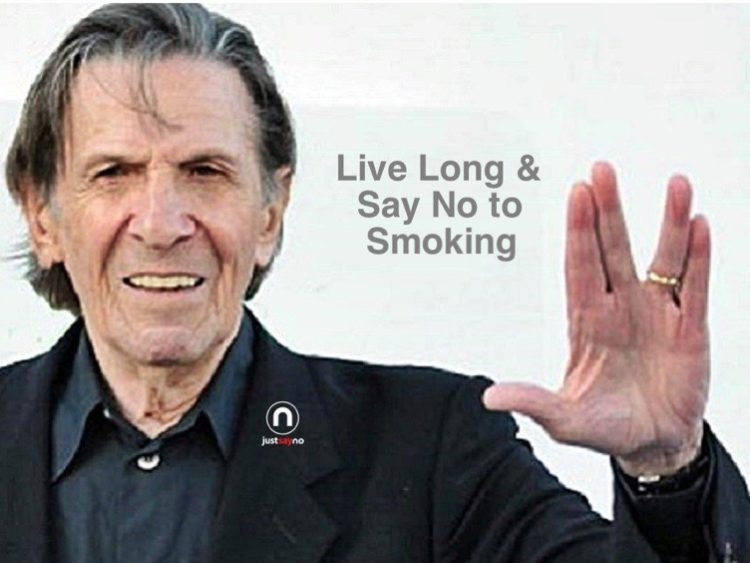 Just over a year ago on February 27th the iconic actor Leonard Nimoy died of end stage chronic obstructive pulmonary disease. On February 23rd of last year he tweeted ” I quit smoking 30 years ago. Not soon enough, I have COPD, Grandpa says, quit now!! LLAP.” Nearly 15 million Americans have been diagnosed with COPD the third leading cause of death in the U.S. according to the CDC. Emphysema and chronic bronchitis are the two most common COPD conditions. Mr. Nimoy spent his final years lobbying fans to just say no to smoking. I think Spock would have said smoking is illogical because it prevents you from living longer and prospering. As huge fans of Star Trek we will miss Leonard Nimoy. Live Long & Say No!