Advice on Mistakes from Bruce Lee 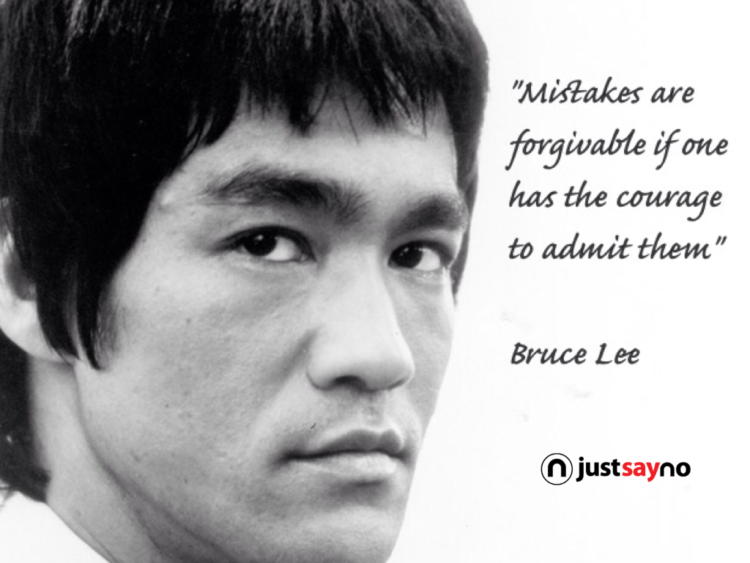 Bruce Lee had incredible discipline and self control. There’s no doubt in my mind that he understood the power and the meaning of the word no. He spent years training his mind and body to achieve extraordinary results. He remains the greatest icon of martial arts cinema and still a powerful influence in modern popular culture. Bruce was well read, had an extensive library, and studied philosophy. His influences included Taoism, Jiddu Krishnamurti, and Buddhism. He was also a poet. He spoke softly and carried a big kick, ha. While many watched his movies for the pure action it was those rare but insightful bits of wisdom that set him apart from all others. He spoke with meaning, clarity, and purpose. He proved time and time again that less is more when making a point. His quote “mistakes are always forgivable if one has the courage to admit them” is great advice. In today’s world, very few people admit to their mistakes let alone take responsibility for them. When you do this you give that mistake incredible power over your life. Power that will only continue to grow as time goes by. Own up to it, ask for sincere forgiveness, make any kind of amends, and move on with your life. Until you do this you may find your recovery, elusive. Stay Strong & Say No